The 2017 Australian of the Year nomination cites Emeritus Professor Alan Mackay-Sim’s “inspirational” work as a world authority on the human sense of smell and the biology of nasal cells, which led him to champion the use of stem cells in understanding illnesses from schizophrenia to Parkinson’s disease and Hereditary Spastic Paraplegia.

Emeritus Professor Mackay-Sim has had along interest in regeneration and repair of the nervous system. Until his retirement in 2015, Mackay-Sim was director of the National Centre for Adult Stem Cell Research at Brisbane’s Griffith University, where he had worked since 1987. For many years his passion was to understand the regeneration and repair of the olfactory mucosa, the organ of the sense of smell in the nose, in which new sensory nerve cells are made throughout adult life. This is a fascinating biological question that has many direct applications to understanding human disease and repairing other parts of the nervous system.

Olfactory tissue is easily accessible and provides the scientist and clinician with neural cells and the adult stem cells that give rise to them. In essence the nose provides a “window into the brain” to study cellular processes of disease and also provides adult neural stem cells with the potential to repair the nervous system. Emeritus Professor Mackay-Sim and his research team used olfactory stem cells to develop cellular models of diseases such as schizophrenia, Parkinson’s disease and motor neurone disease. They have already identified differences in nerve cell regeneration in schizophrenia and bipolar disorder that help understand how these diseases develop. Emeritus Professor Mackay-Sim was scientific director of a clinical trial in which cells from the nose (called “olfactory ensheathing cells”) are taken from the nose of people with paraplegia after traumatic spinal cord injury, grown in the lab, and transplanted into their own injured spinal cord. This trial has provided a precedent for future trials using adult stem cells.

This will be a full day of activity involving two complementary events: Workshop forum and interactive industry engagement sessions, followed by an informal panel discussion presented by engaging industry and academic STEM professionals.

The STEM in action workshop sessions aim to provide in depth knowledge and awareness that underpin areas of cutting edge applications within science, technology, engineering and mathematics (STEM) knowledge areas. Participants will be able to attend concurrent session on a range of topics based upon personal interests. They will be invited to actively engage with the workshops through hand-on and inquiry based presentations. There will also be the opportunity to engage directly with STEM and community focused organisations which will provide individual connections with key personnel, educational material and opportunities for future engagements.

The evening event ‘Making Waves in STEM‘ will consist of a moderated panel discussion of engaging STEM professionals who will share their ‘stories’ about their career journeys and current professional/research roles. This will occur in a social and informal setting and aims to demystify the perceived stereotypes of individuals working in STEM professions. It also aims to highlight opportunities that exist for others wishing to pursue STEM based careers.

Sessions will be presented by university academics, experts in their fields, QSEN officers, and local community groups. Details will be available soon but sessions include STEM clubs, technology, marine science, environmental science, mathematics, STEM in the curriculum and guest speakers. Resources from industry and community groups will also be on display throughout the forum. 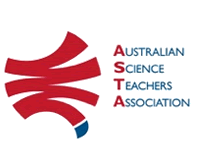